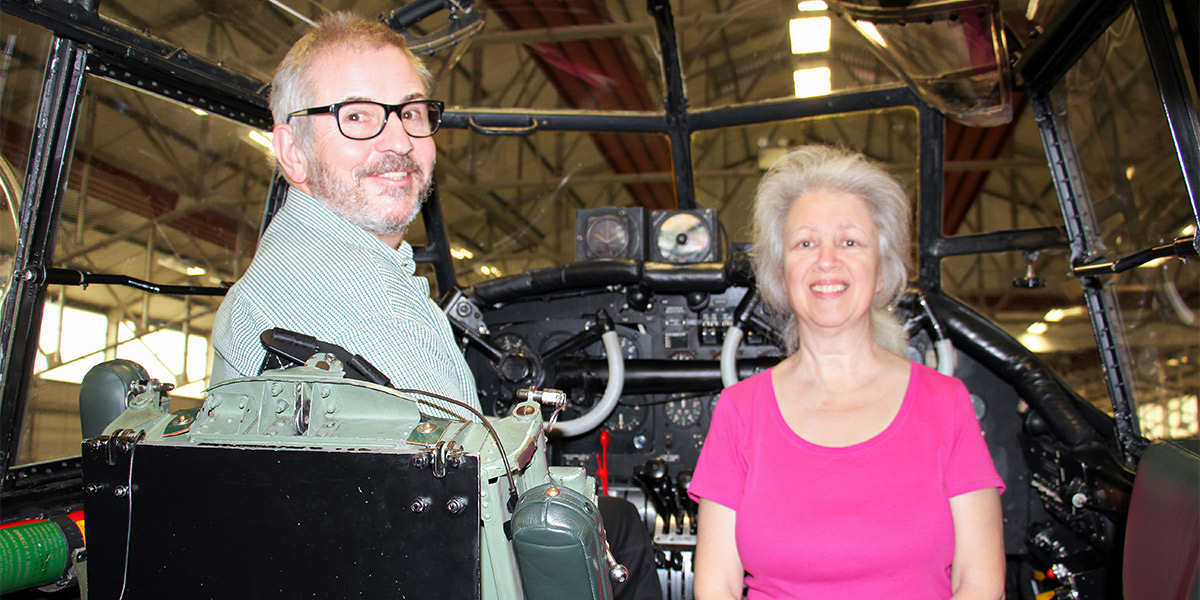 Header image: The winner of the Official Club ballot prize for May, Lorraine Abraham (right) and her husband Richard (left) in the cockpit of BBMF Lancaster PA474 on 10th July. (Photo: Clive Rowley)

The lucky winner of the Official Club ballot prize for May, an internal tour of BBMF Lancaster PA474, visited the Flight’s hangar at RAF Coningsby on 10th July to explore inside the ‘Lanc’.

Lorraine Abraham brought her husband Richard (an aero-engine production engineer) to share in the experience. Both Lorraine and Richard are enthusiastic supporters of the BBMF; they are each members of both the RAF Memorial Flight Official Club and the Lincolnshire’s Lancaster Association and have previously attended several Members’ Days at Coningsby.

The editor of the Official Club publications and newsletters, former Officer Commanding BBMF, Clive Rowley, hosted the tour and escorted Lorraine and Richard during the 45 minutes that they spent inside the Lancaster, explaining it all to them. They were surprised to find how cramped the big bomber is inside and how difficult it is to move about over the various obstacles including the wing spars. After fully exploring the Lancaster inside, they spent a further 30 minutes in the BBMF hangar taking photographs and getting an update on the various aircraft and their colour schemes.

All members of the RAF Memorial Flight Official Club are automatically entered into monthly prize ballots to win some wonderful prizes, just like this one. Please do join the Club if you would like to be included in future ballot prize draws.