About the RAF Memorial Flight Club

Club members receive some great benefits and the chance to see what happens behind the scenes at the RAF Battle of Britain Memorial Flight. Join from just £30 and learn about the World War Two aircraft that are still flying today. 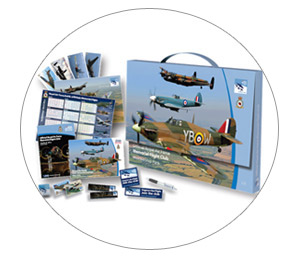 When you join the RAF Memorial Flight Club, we’ll send you an exclusive membership pack full of information and gifts. Your pack will include: 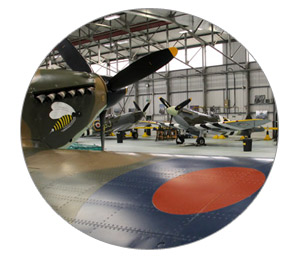 Show your membership card at the BBMF Visitor Centre, RAF Coningsby, Lincolnshire and you can claim a free tour of the aircraft hangar. A tour normally costs £8.75 for adults and is a fantastic experience.

A volunteer guide will show you around the RAF BBMF’s aircraft, including their Spitfires, Hurricanes, Lancaster and Dakota. Many of the guides have first-hand experience of flying the aircraft.

Please make sure you consult the opening times, tour times and other information provided on the Visitor Centre’s website.

When you join the RAF Memorial Flight Club, we’ll automatically enter you into a monthly members’ ballot to win exclusive prizes. A wide variety of prizes are given away, including: 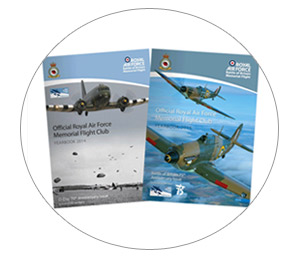 The Club magazine is published twice a year and posted out to current members. It features behind-the-scenes news and images from the Battle of Britain Memorial Flight, along with a host of interesting historical articles.

The first magazine of the year is our Yearbook, sent out to members at the start of the BBMF’s flying season in spring. Our Autumn Journal is sent out at the end of the flying season. When you join the Club for the first time, you will receive the most recent magazine in your membership pack.

As a member, you’ll also receive a monthly email newsletter. These newsletters contain the latest news from the BBMF and provide another opportunity to see what happens behind the scenes.

As well as receiving the benefits listed above, by becoming a member you will also be actively supporting the RAF Battle of Britain Memorial Flight. Profits raised by the Club are put towards projects that are beyond the scope of the Flight’s MOD funding.

A year’s membership costs just £30 if you live in the UK. We have to charge a bit more to cover postage costs if you’re based elsewhere - £35 if you live in Europe, or £40 if you live anywhere else in the world. Please do consider supporting the BBMF by joining the RAF Memorial Flight Club.