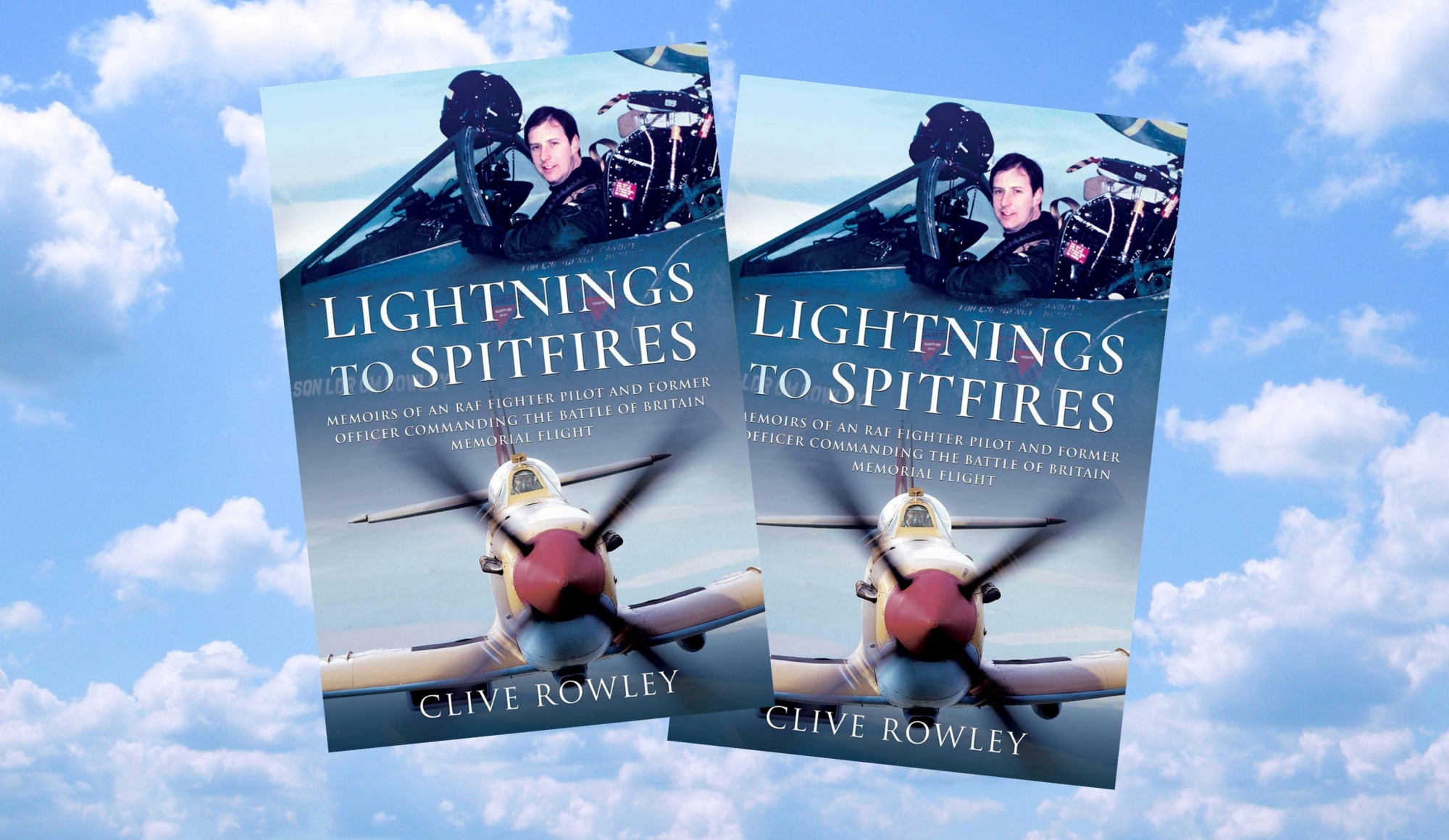 This month, two lucky Club members can each win a signed copy of Clive Rowley’s new book, ‘LIGHTNINGS TO SPITFIRES – MEMOIRS OF AN RAF FIGHTER PILOT AND FORMER OFFICER COMMANDING THE RAF BATTLE OF BRITAIN MEMORIAL FLIGHT’, which tells the story of his remarkable flying career with the Royal Air Force.

We will randomly select two winners who will each receive one book signed by the author.

Clive Rowley is well known to Club members as the author and editor of the Club’s twice-yearly magazines and monthly email newsletters. Clive served with the Royal Air Force for a total of forty-five years. In full-time service he flew continuously as a pilot from 1971 to 2006 and across thirty-one of those years he flew fast jets, specialising as an air defence fighter pilot. Such was his love of fast fighter aircraft that, in order to stay flying, he transferred to Specialist Aircrew terms of service, relinquishing any chance of further promotion above his rank of squadron leader. During the Cold War Clive flew the BAC Lightning from Gutersloh in Germany and in the UK, becoming an expert in the art of air combat in the process. Then for sixteen years he flew the Tornado F.3 as the RAF moved into expeditionary operations. During his long career as a fighter pilot he witnessed quantum jumps in the development of aircraft, equipment and weapon systems, and the subsequent and parallel evolution of fighter tactics. Clive was still flying Tornado F.3s when he was 52 years old.

For eleven years, from 1996 to 2007, Clive flew Hurricanes and Spitfires with the Battle of Britain Memorial Flight (BBMF), which he ultimately led and commanded. Nine years of flying as a volunteer reservist followed, completing a period in which Clive accumulated over 8,500 hours, all in aircraft which he ‘could turn upside down’.

Packed with humorous and often hair-raising anecdotes, but also revealing the shock and sorrow he felt at the deaths of friends and colleagues, this book is a highly detailed account of life as a fighter pilot in the RAF in the last three decades of the twentieth century and into the twenty-first. The book is illustrated with wonderful photographs from Clive’s time on the front line as well as with the BBMF, many of which have never been published before.

If you have ever wondered what it is like to fly supersonic jet fighters, like the Lightning and the Tornado F.3, or iconic ‘warbirds’, such as the Hurricane and Spitfire, Clive Rowley brings you into those cockpits and shares his experiences.

All current members have been automatically entered into this month’s ballot. If you’re not already a member, please join the club by 30th October 2021. If your Club membership has lapsed you can renew by clicking here.