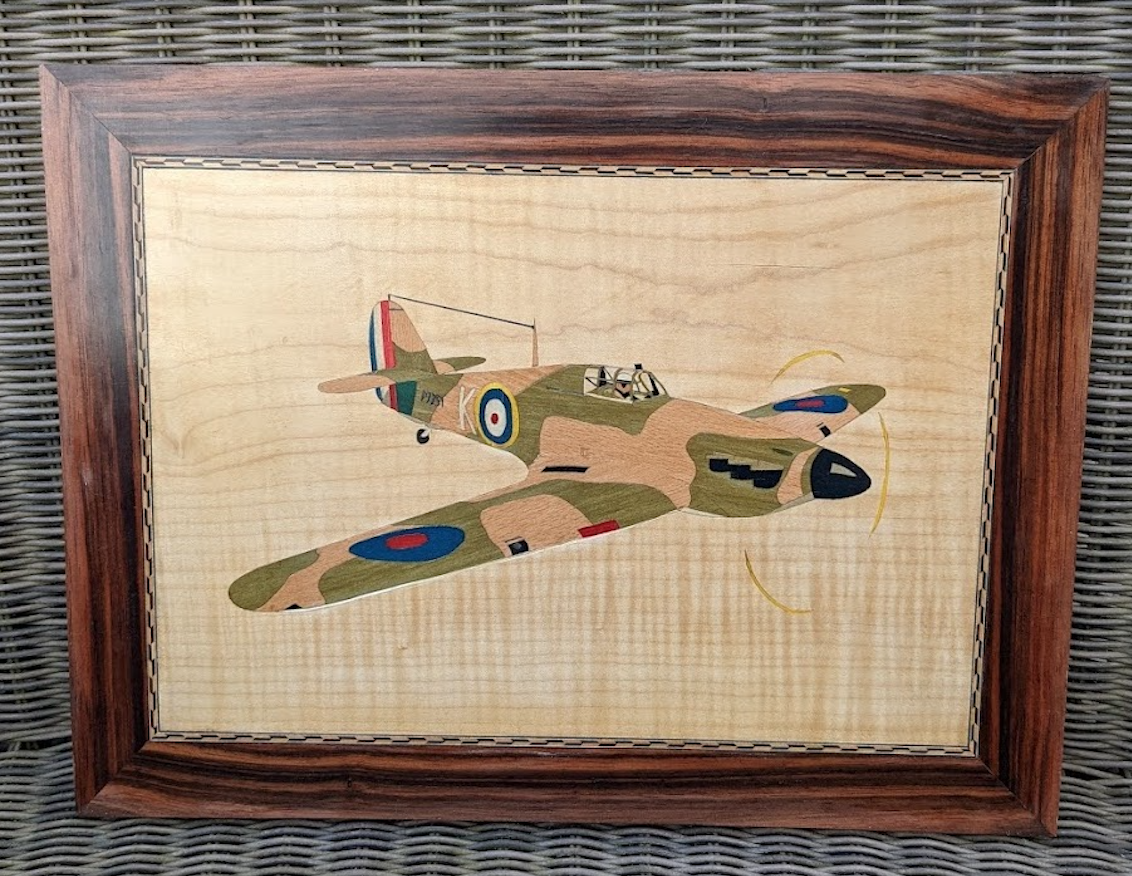 We will randomly select one Club member to win the picture.

Marquetry is the art of applying various pieces of veneer together to form pictures, and this beautiful pictures depicts Hawker Hurricane P3351 in flight.

Hawker Hurricane Mk 1 P3351 was built at Brooklands in early 1940. It survived action in the Battle of France and the Battle of Britain of 1940. In 1942, P3351 was shipped to Russia under the Lend-Lease programme. It flew in Soviet service and crashed, possibly shot down by ground fire, in the Murmansk region of Russia in the winter of 1943, where its wreckage remained undisturbed until being recovered in 1991. Wanaka-based aviation enthusiast Tim Wallace purchased the remains in 1992. The Hurricane was rebuilt in a joint UK/New Zealand project and flew again in January 2000. Today, P3351 has a French owner and is based in France. It is one of approximately 17 airworthy Hurricanes worldwide from the more than 14,500 built.

All current members have been automatically entered into this month’s ballot. If you’re not already a member, please join the club by 30th January 2022. If your Club membership has lapsed you can renew by clicking here.