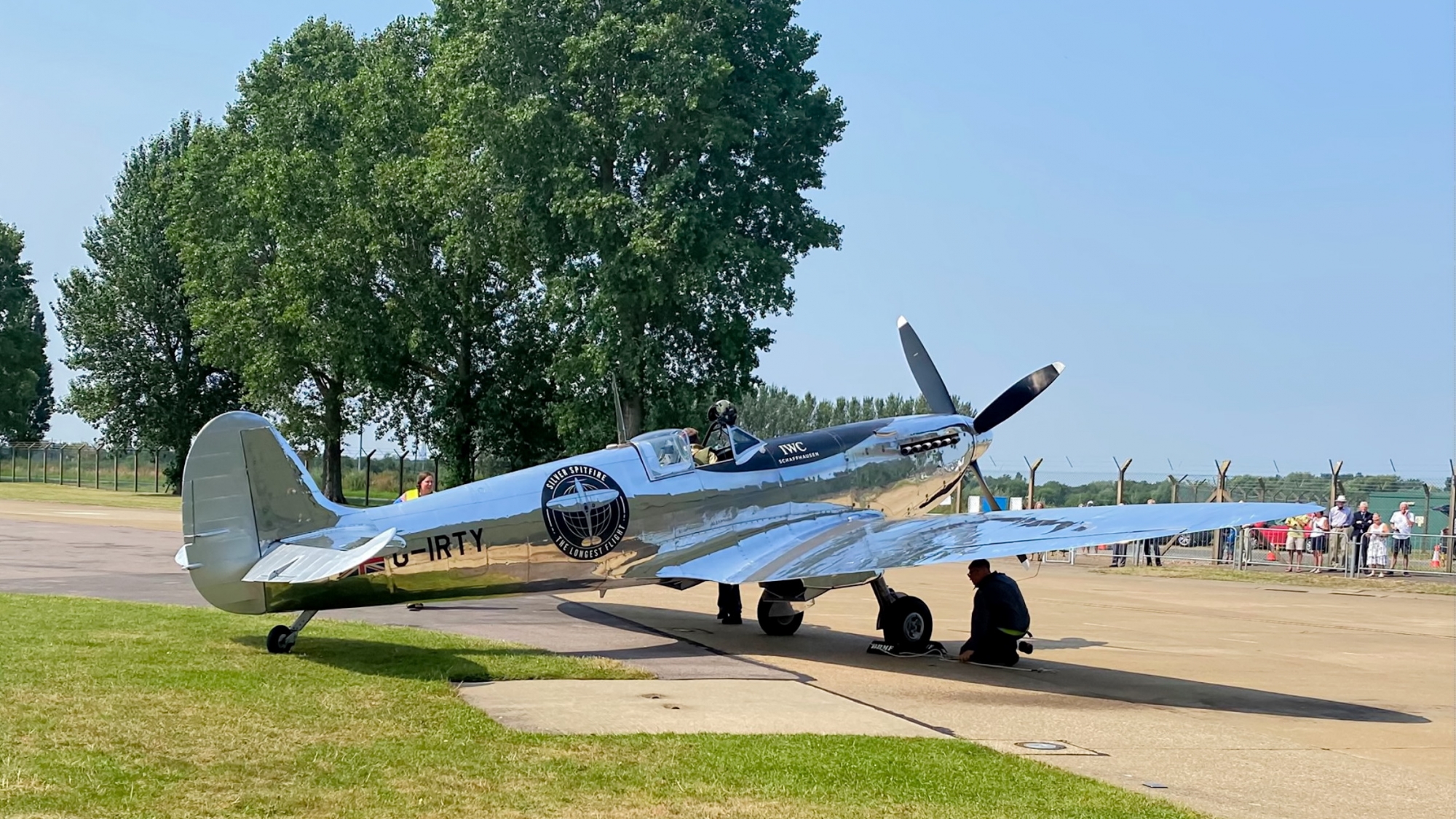 The BBMF had a special visitor and an extra aircraft with which to surprise members of the public on tours of the BBMF hangar between 22nd July and 13th August.

Spitfire Mk IX MJ271 G-IRTY, which is owned by the Boultbee Flight Academy and is normally based at Goodwood, was flown into RAF Coningsby on 22nd July to participate in the Station’s Families Day the following day. A combination of circumstances delayed G-IRTY’s departure and meant that the highly-polished and spectacular silver Spitfire was on show to the public in the BBMF hangar for three weeks.

MJ271 was built as a Spitfire L.F. Mk IX in 1943. It served during the Second World War with three different front-line units, 118, 132 and 401 Squadrons, and was involved in fighter sweeps, bomber escorts, and dive-bombing and strafing ground attack operations, flying a total of 51 missions. After the war MJ271 served with the Royal Netherlands Air Force from November 1946 until being grounded in 1954.

In 2006 the Spitfire was acquired by Historic Flying Ltd at Duxford and brought to the UK. Purchased by the Boultbee Flight Academy in 2016, it was restored to airworthy condition by the Aircraft Restoration Company at Duxford over two and half years, specifically for the Spitfire round-the-world record attempt. Extra fuel tanks were fitted in the gun bays and rear fuselage, and the aircraft was finished in the highly-polished silver metal finish so that it did not appear to be military. It flew for the first time in 65 years in June 2019. G-IRTY set off on its epic round-the-world adventure on 5th August 2019, mainly flown by Steve Boultbee Brooks and Matt Jones, but with some legs flown by former OC BBMF Ian ‘Smithy’ Smith. G-IRTY landed back at Goodwood on 5th December 2019 after a successful westward’s circumnavigation of the globe.