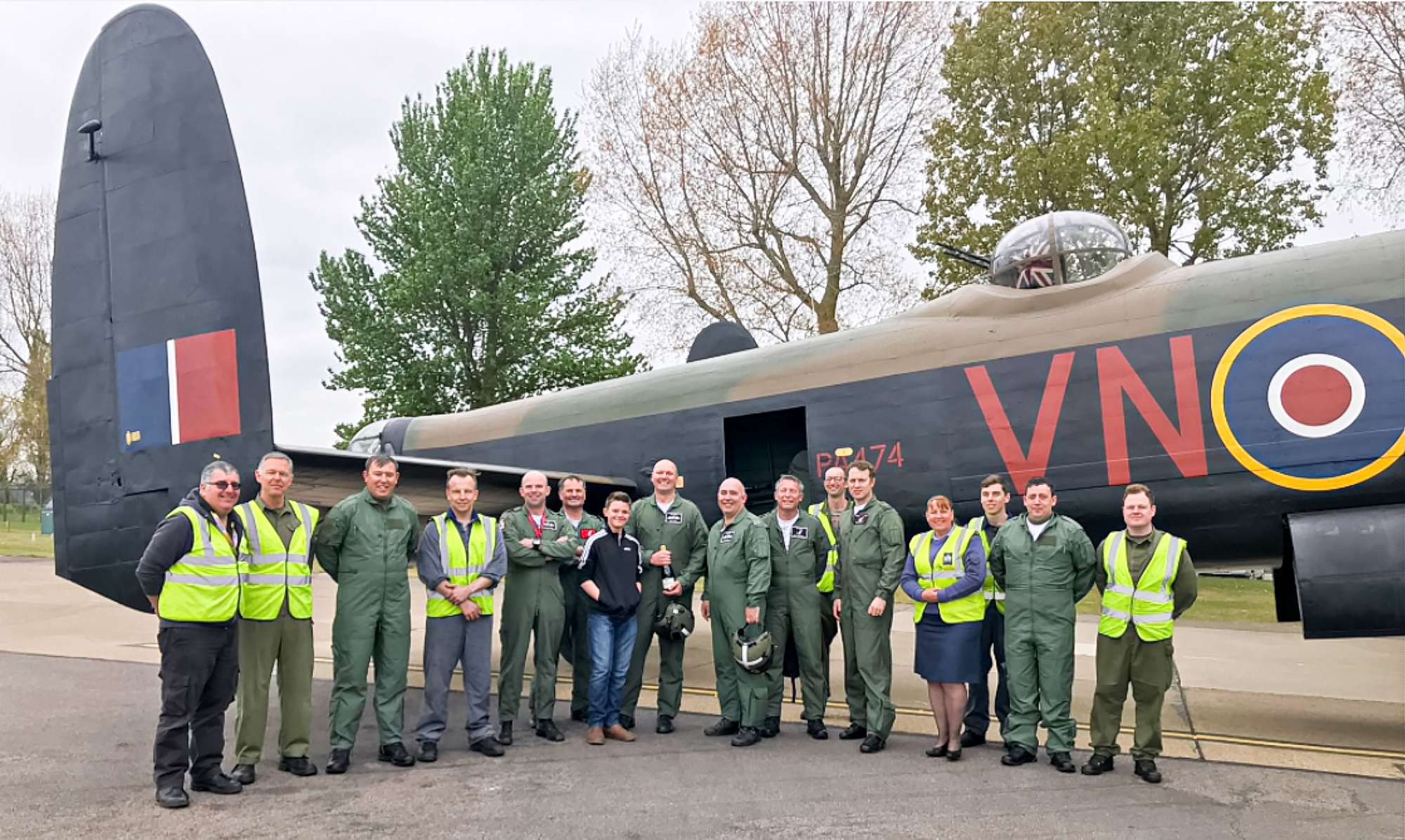 Header Image: Flt Lt Paul ‘Ernie’ Wise (centre holding a bottle of champagne) is congratulated, along with other newly-qualified Lancaster aircrew, by BBMF aircrew and groundcrew, after he qualified as a Lancaster captain on 15th May 2022.

As part of the BBMF’s pre-season work-up, several aircrew have qualified on the Lancaster.

Flight Lieutenant Paul ‘Ernie’ Wise qualified as a new Lancaster captain, under the watchful eye of experienced Lancaster captain Flight Lieutenant Neil ‘Faz’ Farrell who flew as his ‘co-pilot’ and declared him ready, during a training flight on 15th May. Ernie joined the RAF as an armourer in 1999, then changed career and became a pilot, flying the C-130 Hercules for many years, being involved in multiple operational deployments and humanitarian relief operations. He is now a qualified flying instructor on the Embraer Phenom with 45 Squadron at RAF Cranwell, training the next generation of aircrew for the RAF’s multi-engine aircraft. Ernie joined the BBMF and became a C-47 Dakota captain in 2018. He then also became a Lancaster co-pilot. He is now one of three BBMF Lancaster captains for the 2022 display season.