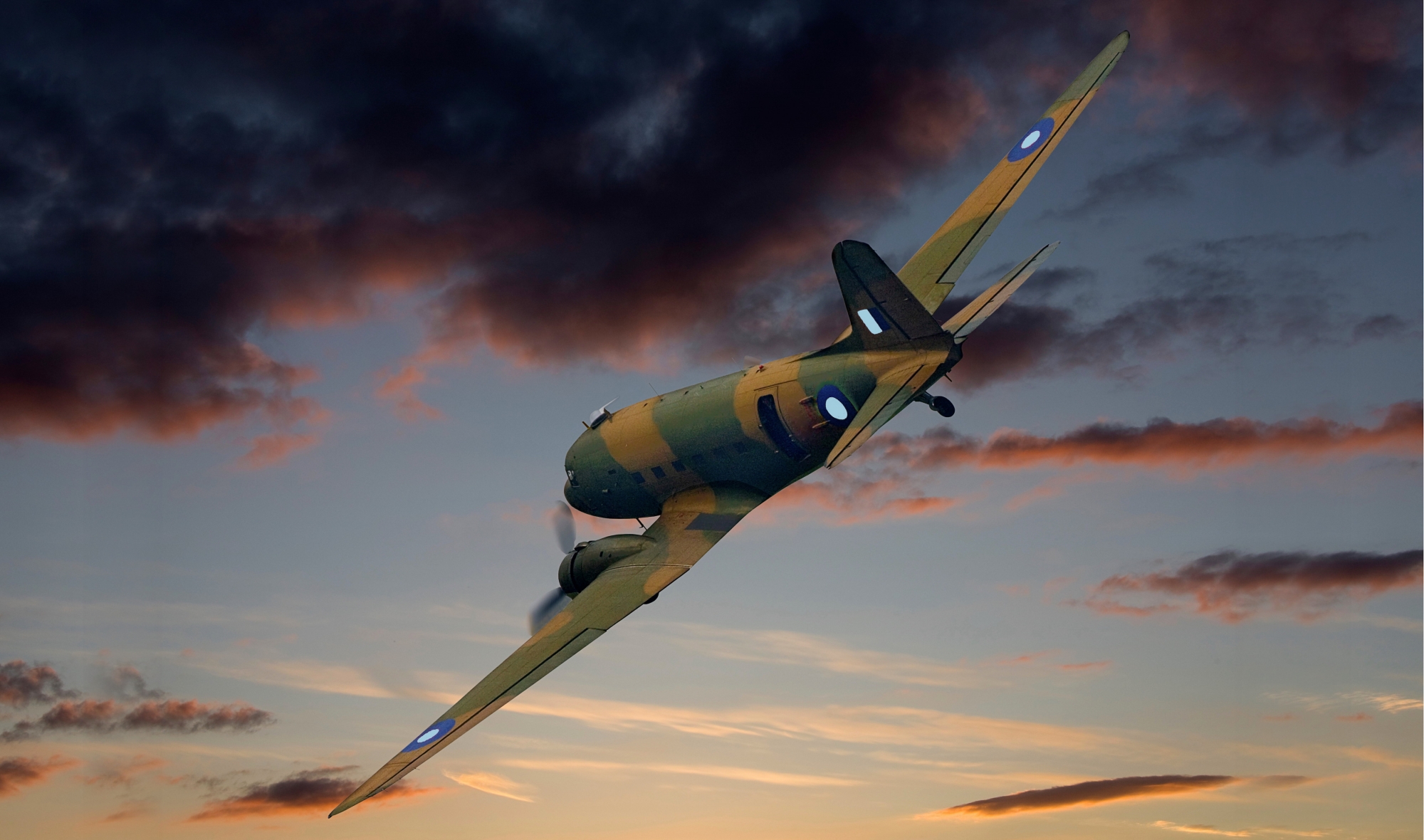 In the Club’s September newsletter we offered members the opportunity to tell the brief stories of any relatives who served with the RAF during the Second World War, so that they are remembered. One of the first to respond was Club member David M Kelley, from Cambridgeshire, who himself served with the RAF Regiment from 1977 to 1981. He has provided the story of his maternal great uncle, Flight Sergeant Pilot Dennis Hodge Noise.

David takes up the story: “My maternal great uncle, Dennis Hodge Noise RAFVR, gained his pilot's ‘wings’ and promotion to Sergeant on 31st December 1943. He was posted to No. 303 Flying Training Unit at RAF Lyneham, Wiltshire, to learn to fly the Douglas Dakota Mk III. In April 1944 he was posted to 117 Squadron, based at Sylhet in Assam, India. The squadron moved to Agartala in June, to support operations at Imphal and in order to better support the Chindits operating behind enemy lines. On 20th July 1944 Dakota Mk III FD836, flown by my great uncle, with a crew consisting of two navigators (Sergeants D Guest and W J Edwards), one occupying the co-pilot’s seat, plus two wireless operators (Sergeants F Crowther and J M Maxwell) and a British Army despatcher (Lance Corporal G R Young), took off at 04.55 hours on a supply-dropping sortie. The aircraft did not return and it was later reported that Dakota FD836 had crashed into a hillside near Nunghar village. The drop zones were often in deep valleys and, as the monsoon had broken, the hills and valleys were often covered in cloud. It may well have been that my great uncle was trying to find a way out when the aircraft hit a cloud-covered hill, killing the five aircrew, although the Army despatcher in the rear of the aircraft survived, injured.” [Ed: Which suggests that they almost got away with it.]

David goes on to say: “I am thus very pleased that BBMF C-47 Dakota ZA947 is going to wear South East Asia Command markings on completion of its Major servicing. I will be proud that, as such, it will be representative of my great uncle and his crew, who paid the ultimate sacrifice, and for whom the BBMF operate to ensure that we will never forget those who never came home, be it from Imphal, or more recent wars such as in Iraq and Afghanistan. Per Ardua Ad Astra, Lest we Forget.”

If any Club member would like to submit a story about a relative who flew with the RAF during the Second World War for the ‘Members remember’ series, we would be pleased to receive it. The only proviso for a story to be published in the Club newsletters is that we must have at least one photograph to illustrate it. Please send your stories to us at membership@memorialflightclub.com