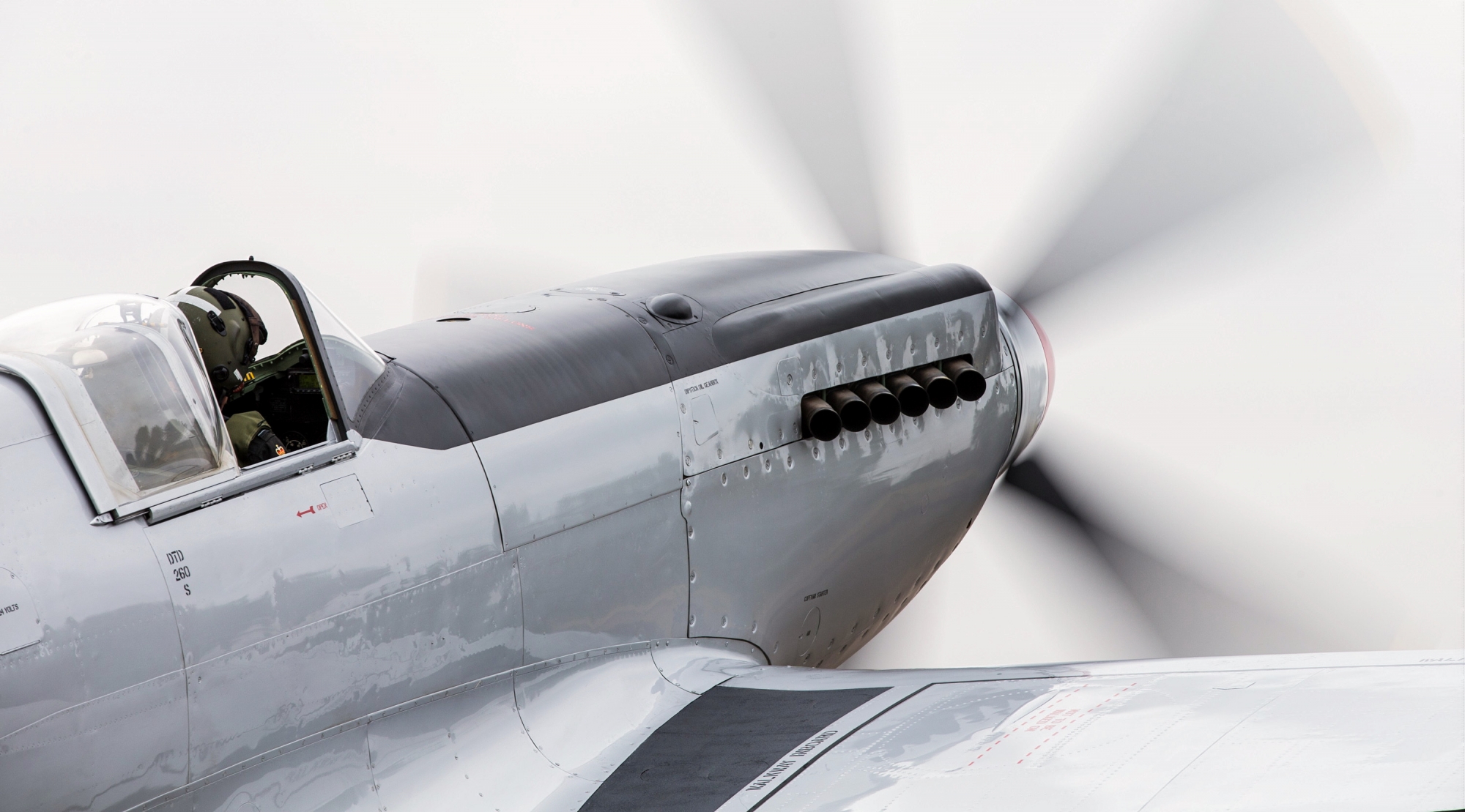 Header image: The future for the BBMF Spitfire PR Mk XIXs, including PS915 seen here, was in doubt due to the carbon monoxide produced by their Griffon engines on the ground. (Photo: Crown Copyright)

Most of us are aware of the dangers of carbon monoxide (CO) within our homes. CO is a by-product of burning hydrocarbon fuels, such as the 100LL AVGAS which is used by all the BBMF aircraft. The danger is that CO binds to the oxygen-carrying blood pigment, haemoglobin, more than 200 times more strongly than oxygen and therefore, reduces the ability of the circulatory system to carry life-critical oxygen around the body. The risk is also increased over time, as the half-life of CO is approximately five hours and it can take 24 hours or more to eliminate CO from the blood. The symptoms of CO poisoning, prior to incapacitation and death, include: headache, nausea, drowsiness and impaired cognitive functions, symptoms that would all have a marked effect on a pilot’s ability to fly safely.

This hazard to aircrew has long been recognized. During the Second World War Hawker Typhoon pilots were obliged to wear an oxygen mask and to breath 100% oxygen from start-up because the cockpit immediately filled with carbon monoxide fumes. In 2003 a Royal Air Force Centre of Aviation Medicine (RAF CAM) study was conducted on the BBMF Spitfires and concluded that CO exposure was a potential risk to pilots, but was within the Health and Safety Executive (HSE) limits. In 2018 the BBMF became aware that HSE had published new reduced workplace exposure limits, including those for CO. These lower permissible values of CO obviously required further investigation and a series of immediate mitigations were put in place for the BBMF’s Rolls-Royce Griffon powered Spitfire PR Mk XIXs, which have the highest potential CO output. Meanwhile, the Occupational Health (OH) Flight of RAF CAM were tasked with assessing potential in-cockpit exposure to CO in the Spitfire PR.XIXs. This task was undertaken between 5th and 7th July 2021, with CO exposure being assessed over six engine start-up and taxiing cycles in Spitfire PR Mk XIX PM631. Of these six cycles, half were carried out with the cockpit canopy open and half with the canopy closed which was one of the previous mitigations.

The BBMF has no record of any known reports of ill health effects from CO exposure in aircrew in all the years that the Spitfire PR Mk XIXs have been in operation. However, there was some concern that the new exposure limits could affect the viability of continued flying by these Spitfires. Following the formal release of the RAF CAM report it is heartening to be assured that the current limitations put in place by the Flight are working. The biggest change for those watching us operate the Spitfire PR Mk XIXs is that all ground engine-running operations are now conducted with the cockpit canopy closed. There is also a new limit on ground operations, both the number of sorties and taxi time in a given period of time. There are no limitations in flight, as the CO levels fall to almost zero once airborne, when the airflow safely disperses the harmful gas.

In order to check that the mitigations are effective, RAF CAM also recommended the use of a post-flight biological testing kit to check the level of CO that pilots have been exposed to. Utilising funding provided by the Official Club, this biological testing kit was purchased and made available much more rapidly than would otherwise have been possible, allowing the Flight to confirm that the mitigations are appropriate, that the pilots remain safe and most importantly allowing the Spitfires to continue flying. Thank you, Club members.