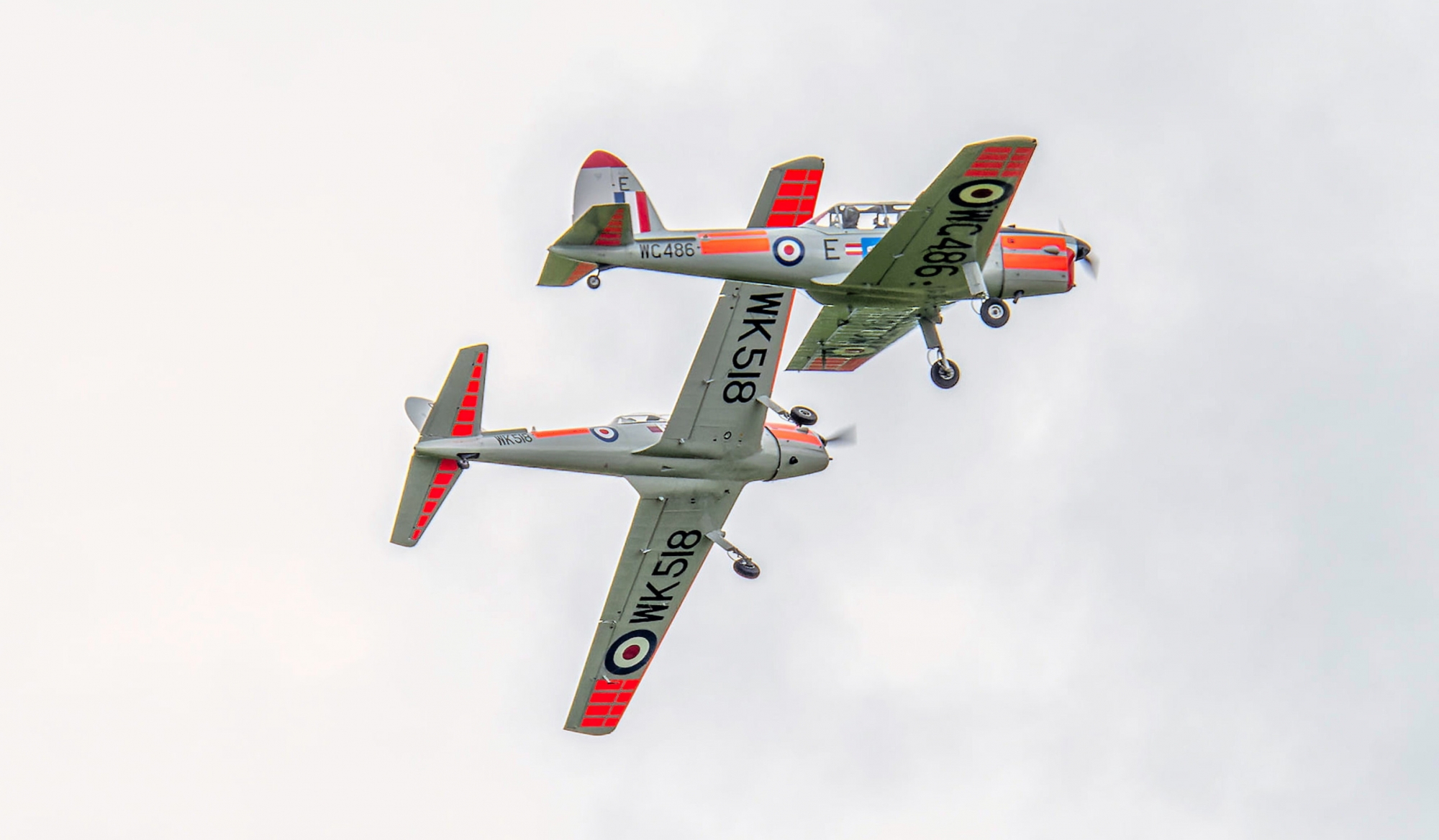 Header Image: RAF BBMF Chipmunks WK518 and WG486 arriving in close formation for a break into the circuit at Old Warden on Saturday 22nd May. (Photo: Richard Thomas)

Both of the BBMF Chipmunk T.10s were flown into Old Warden, home of the Shuttleworth Collection, on Saturday 22nd May for a rare public outing and to be part of a fly-in celebrating the Chipmunk’s 75th anniversary, exactly 75 years from the day of the prototype Chipmunk’s first flight.

Inclement weather and strong winds in some parts of the country prevented some of the Chipmunks that had been planned to attend from flying. Nonetheless, 34 ‘Chippies’, including the BBMF pair and the Shuttleworth Collection’s own example, were present at Old Warden on the day, with some dramatic skies providing an interesting backdrop and fortunately very few showers.

The BBMF received formal tasking, as a local engagement event, to support the Chipmunk fly-in with both of the Flight’s Chipmunks. The BBMF pilots, Squadron Leader Mark ‘Disco’ Discombe (OC BBMF) and Fight Lieutenant Andy Preece (BBMF Ops Officer) were supported by three of the Flight’s engineers: Corporal Tom Garner, Acting Corporal Leighton Canner and SAC(T) Dom Storey. One of them drove to Old Warden in a ground support vehicle, whilst two flew in as passengers. For the return sortie one of the engineers swapped places, ensuring that they each had a flight.

This rare public appearance by the BBMF Chippies was very well received by people who attended the event, as shown by the many comments and photos posted on social media. One of the organisers of the event, air traffic controller Steve Le-Vien, posted: “HUGE thanks to the BBMF for bringing both their splendid Chipmunks down”. For some, the arrival and departure of the BBMF Chipmunk pair in close formation was a highlight of the event, which culminated with a fly past by a diamond 16 formation of civilian-owned Chipmunks.