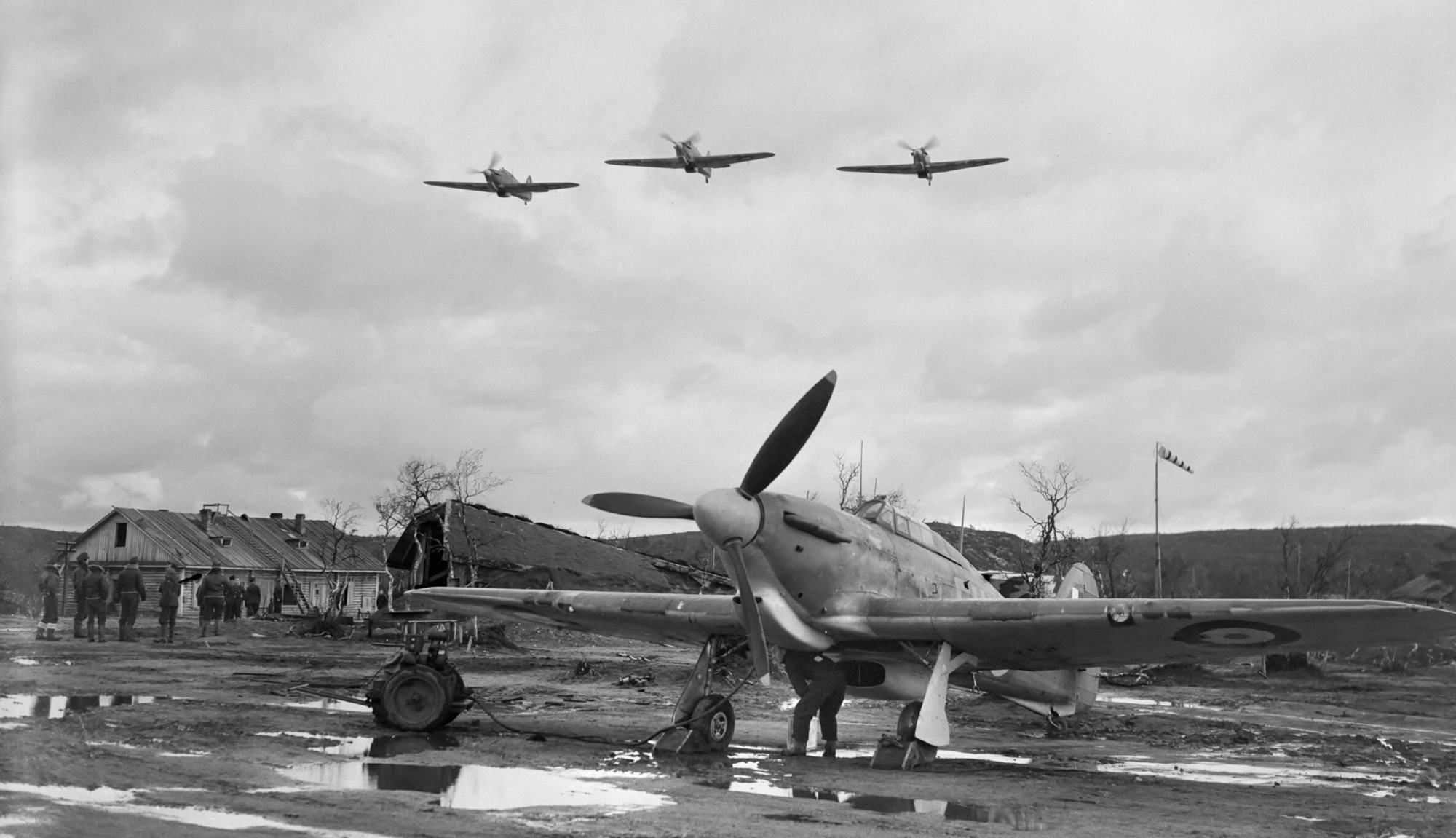 Header Image: Hawker Hurricane Mk IIBs of 151 Wing RAF at Vaenga, near Murmansk in the USSR, in September 1941.

Eighty years ago, on 7th September 1941, as part of Operation Benedict, 24 Mk IIB Hurricanes of 81 and 134 Squadrons were flown off the aircraft carrier HMS Argus to land at the Soviet airfield at Vaenga (now Severomorsk), a few miles north-east of Murmansk in the northern USSR, to provide reinforcements for the Soviet fighter defences. (Germany had invaded Russia on 22nd June 1941.) Another 15 Hurricanes in crates, along with 2,600 RAF personnel, were delivered by sea to Archangelsk by the first Arctic Convoy. These Hurricanes were assembled, in primitive conditions, in just nine days and were flown to Vaenga on 12th September.

The two Hurricane squadrons and their RAF personnel were formed into 151 Wing, which flew against the Luftwaffe whilst also training Soviet pilots and ground crews to operate the Hurricanes. The winter snows began in late September and temperatures plummeted to −23 to −26 degrees C. In five weeks of operations during the Arctic winter, 151 Wing claimed 16 German aircraft destroyed, four probably destroyed and seven damaged.

By November, three Russian squadrons were operational and capable of training their own pilots, the Soviet ground crews were competent in servicing and maintenance, and the Hurricanes were handed over to the Soviet Naval Air Arm. The RAF party departed in late November 1941, arriving back in the UK on 7th December. The British and Russian governments gave the operation considerable publicity and four members of 151 Wing received the Order of Lenin.

One RAF pilot was killed in action with 151 Wing in Russia. Sergeant Pilot N H “Nudger” Smith of 81 Squadron, who was only 18 years old, was shot down on 12th September 1941 and killed when his Hurricane somersaulted during the crash landing. He was buried in the Russian naval cemetery at Severomorsk, with full military honours. On 25th September the ground was so wet that the Hurricane pilots needed more engine power than normal to move and there was a danger of aircraft nosing in to the ground. Flight Lieutenant Vic Berg was scrambled and two RAF airmen hung over the tail of his Hurricane to keep it down as he powered away. In his haste to get airborne Berg tried to take off with the airmen still on the tail. The Hurricane rose vertically about 60 feet and then dived into the ground, the two airmen were killed and Berg received severe leg injuries.