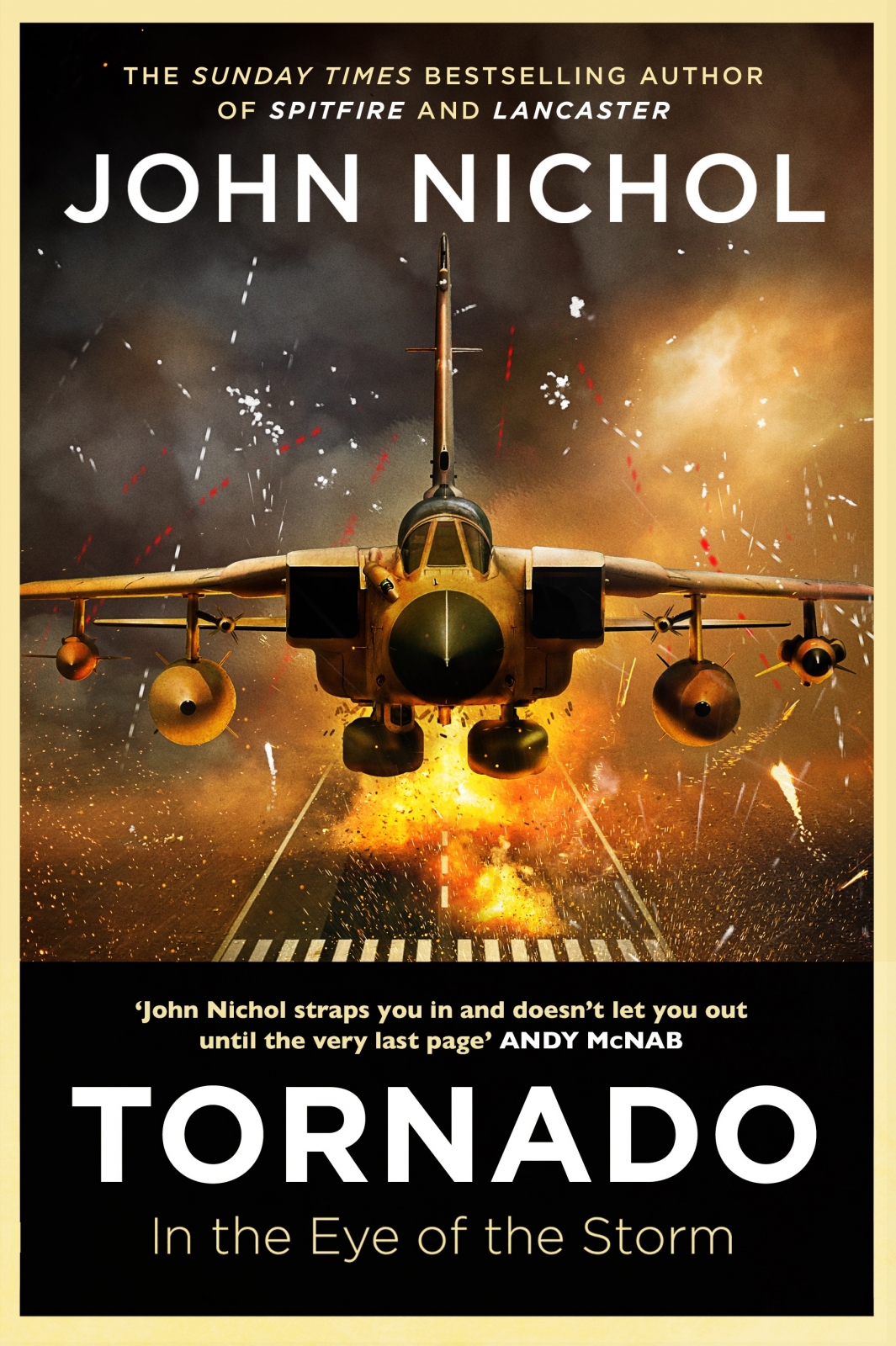 This month, four lucky Club members can each win a signed copy of John Nichol’s book, Tornado, In the Eye of the Storm, which tells the story of the RAF’s Tornado force. The Sunday Times bestseller has recently been released in paperback.

We will randomly select four winners who will receive one book each.

All current members have been automatically entered into this month’s ballot. If you’re not already a member, please join the club by 30th July 2022.

John Nichol’s Tornado, In the Eye of the Storm, is a Sunday Times bestseller.

We are extremely grateful to John for donating four signed copies of the book in celebration of its recent publication in paperback.

This is the astonishing story of the RAF’s Tornado force, at the very heart of Operation Desert Storm and the liberation of Kuwait in 1991. Told by former Tornado navigator John - who was shot down during the conflict, tortured and paraded on TV - it is a story of untold fear and suffering, and astounding courage in the face of hitherto unimaginable adversity. It is the of story those who did not return - and of the families who watched and waited as one of the most complex conflicts in recent history unfolded live on television.

The service and sacrifice of our military personnel remains at the heart of the news agenda with the 40th anniversary of the Falklands War, and the ongoing conflict in the Ukraine which continues to dominate headlines. TORNADO is a book which encapsulates that ethos.

‘Nichol combines a professional eye for the technicalities with the human stories to create a readable and informative work, and a fitting tribute to those who did not come home.' – History of War

‘One of the best pieces of sharp-end military history I have had the privilege and pleasure of reading.’ – The Aviation Historian

John served in the Royal Air Force for fifteen years and is the bestselling author of many highly acclaimed Second World War epics including the Sunday Times bestsellers, Spitfire and Lancaster.

This is a rare chance to win a copy of the booked signed by John Nichol himself.