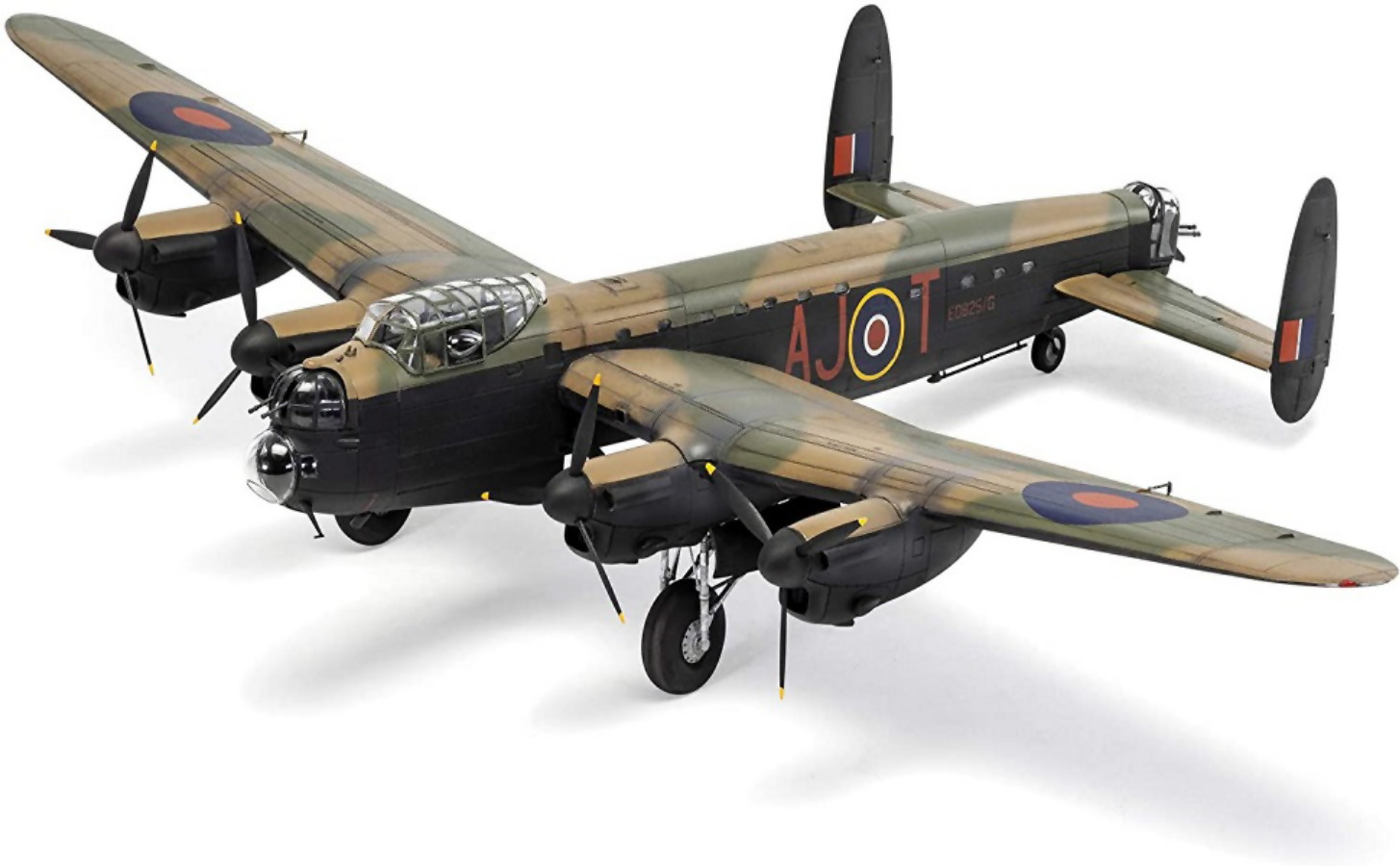 This month, one lucky club member will win a 1:72 scale Airfix model kit of the Avro Lancaster B.III (Special), worth £38.99.

All current members have been automatically entered into this month’s ballot.

Whilst the Avro Lancaster saw the vast majority of its service as a high-altitude night bomber attacking strategic targets deep within Germany, it was the daring low-level ‘Dambusters’ raid that made it most famous.

On the night of 16-17th May 1943, 19 specially-modified Lancaster bombers of 617 Squadron, led by Wing Commander Guy Gibson, attacked the Mohne, Eder, Sorpe and Ennepe dams, in Germany, breaching the Mohne and Eder and causing widespread destruction to both the German war effort and to food production.

The specially-modified B.III (Special) Lancasters that flew on the raid had their mid-upper turrets and bomb-bay doors removed so that they could carry the Barnes Wallis designed, so-called ‘bouncing bomb’, officially named ‘Upkeep’.

This very accurate kit contains 239 parts and, when built, the model has a wingspan of 432mm.

You need to join the Club by 30th November 2022 to be included in this prize draw.

As well as being entered into this month’s prize draw, you’ll also receive a Club membership pack. Members can also claim free aircraft hangar tours at the BBMF Visitor Centre, they will receive our Club magazine, published twice a year, and will receive monthly e-newsletters with content exclusive to Club members.