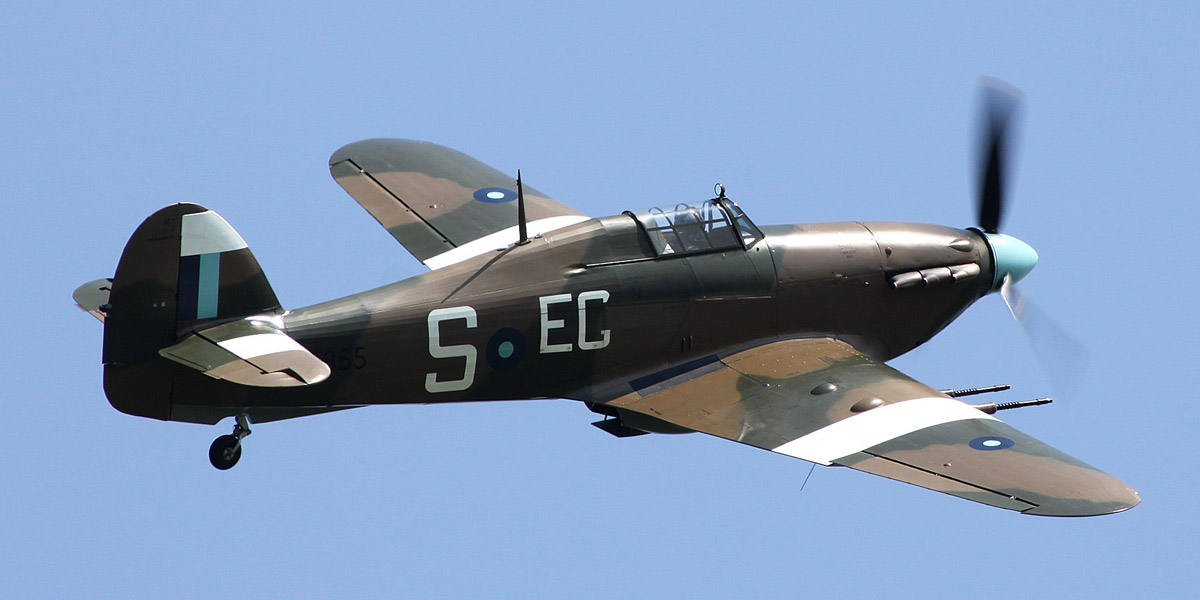 Forty-five years ago this month, on Wednesday 29th March 1972, Hawker Siddeley’s Chief Test Pilot, Duncan Simpson OBE, landed Hurricane PZ865 at RAF Coltishall behind a Lightning jet fighter of the Station’s Operational Conversion Unit. He taxied to the aircraft servicing pan, adjacent to the BBMF hangar, and shut down. He was not expected and nor was the fact that he was delivering this precious, company-owned artefact of the nation’s aviation heritage into the hands of the RAF’s Memorial Flight.

Since being built at the Hawker factory at Langley, near Slough, and rolled out in July 1944, Hurricane Mk IIC PZ865 – ‘The Last of the Many’ – had been retained, maintained and flown by the company. In 1972, a combination of limited resources and restricted hangar space at Dunsfold led to Hawker Siddeley deciding that the company’s collection of historic aircraft could no longer be sustained. The company’s managing director, Sir John Lidbury, had promised all of Hawker’s historic aircraft to the fledgling Royal Air Force Museum as static exhibits. Hurricane PZ865’s future as a ‘flyer’ had suddenly become very uncertain indeed.

Duncan Simpson strongly believed that PZ865 should be kept flying and he started some astute ‘behind the scenes’ manoeuvring to ensure this happened. Having gained just sufficient permission to deliver the Hurricane to the BBMF, and before anyone could change their minds, he flew the aircraft that same day to Coltishall, the Flight’s home base at the time.

According to his own telling of the story, when he had taxied in and shut down by the BBMF hangar he was met by a Flight Sergeant who said, “Afternoon Sir, what have we here?” Duncan replied, “It’s a Hurricane Flight Sergeant – a very special Hurricane – and I’m handing it over to you. Look after it and make sure it’s flying right into the future so that future generations can see it”.

Of course, that is exactly what has happened and, 45 years after being gifted to the BBMF, the Flight still maintains PZ865 on its strength in airworthy condition. This famous Hurricane’s annual winter servicing has just been completed in the BBMF hangar at RAF Coningsby, it has already undergone engine runs and will soon be ready for its air test. You will be able to see PZ865 in the skies again this year, wearing its current South East Asia Command, 34 Squadron colour scheme.

The full story of Hurricane PZ865 will be told in the “Focus on …” feature in the RAF Memorial Flight Official Club 2017 Yearbook to be published in April, available only to Club members. If you'd like to receive a copy, please purchase a Club membership.