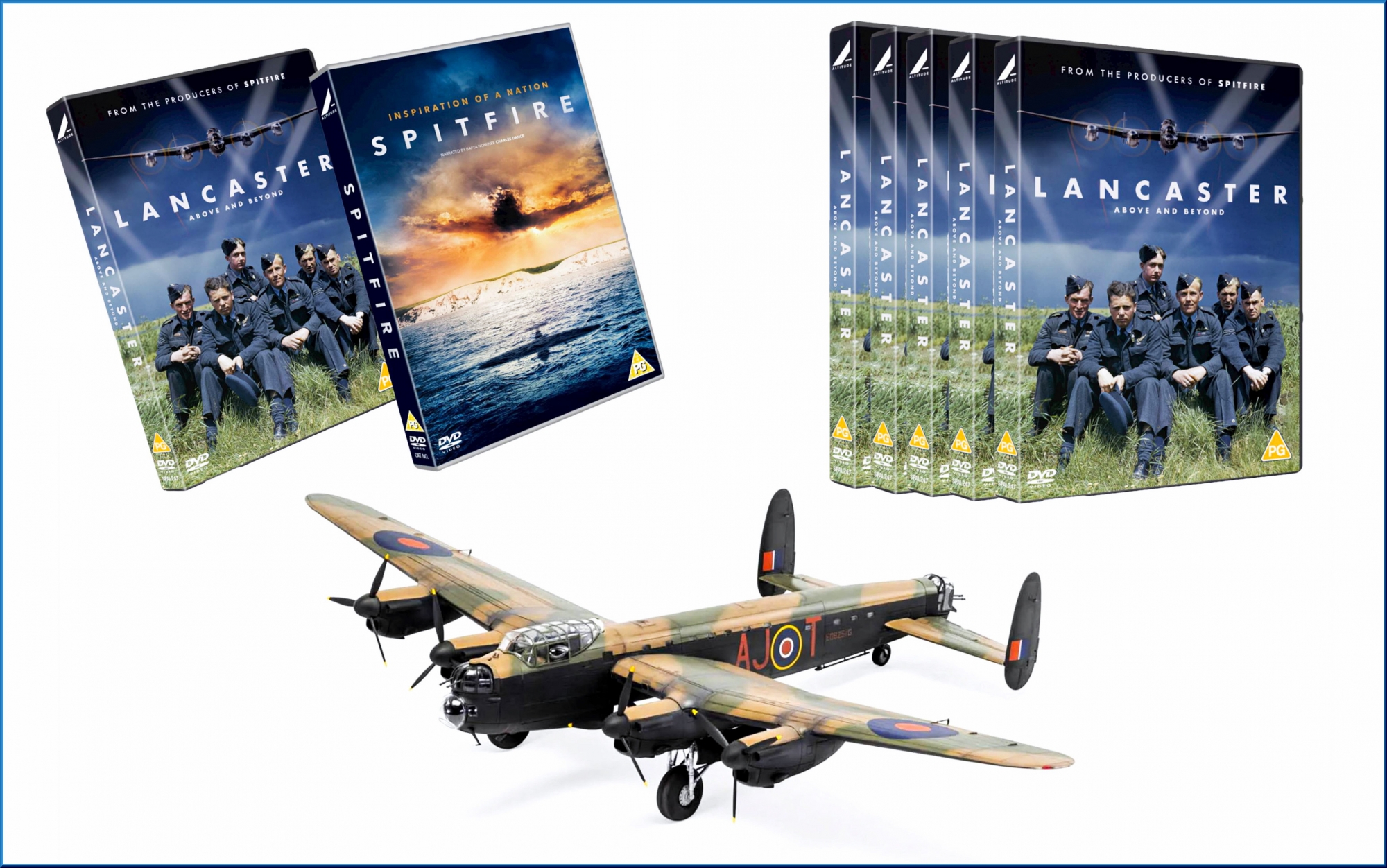 All members of the RAF Memorial Flight Official Club are automatically entered into our monthly prize ballots to win some special prizes. These were the ballot prizes for the months of October to December 2022 and the lucky Club members who won them.

Five lucky Club members each won a copy of the stunning film ‘Lancaster – Above and Beyond’’ on DVD. Five years in the making, this amazing feature length documentary was released in cinemas in 2022 and features spectacular, specially-filmed sequences of BBMF Lancaster PA474, as well as poignant interviews with Bomber Command veterans.

The August ballot prize was a 1:72 scale Airfix model kit of the Avro Lancaster B.III (Special) Type 464 (Provisioning), worth £38.99. The specially-modified B.III (Special) Lancasters that flew on the ‘Dams Raid’ had their mid-upper turrets and bomb-bay doors removed so that they could carry the Barnes Wallis designed, so-called ‘bouncing bomb’, officially named ‘Upkeep’. This very accurate kit contains 239 parts and, when built, the model has a wingspan of 432mm.

For the December ballot prize one lucky club member won DVDs of the stunning feature documentary films ‘Lancaster – Above and Beyond’, and ‘Spitfire – Inspiration of a Nation’. Both films feature stunning cinemaphotography and ‘Spitfire’, which was released in 2018, tells the story of the amazing fighter aircraft with stunning aerial footage, remastered archive footage, and compelling interviews.