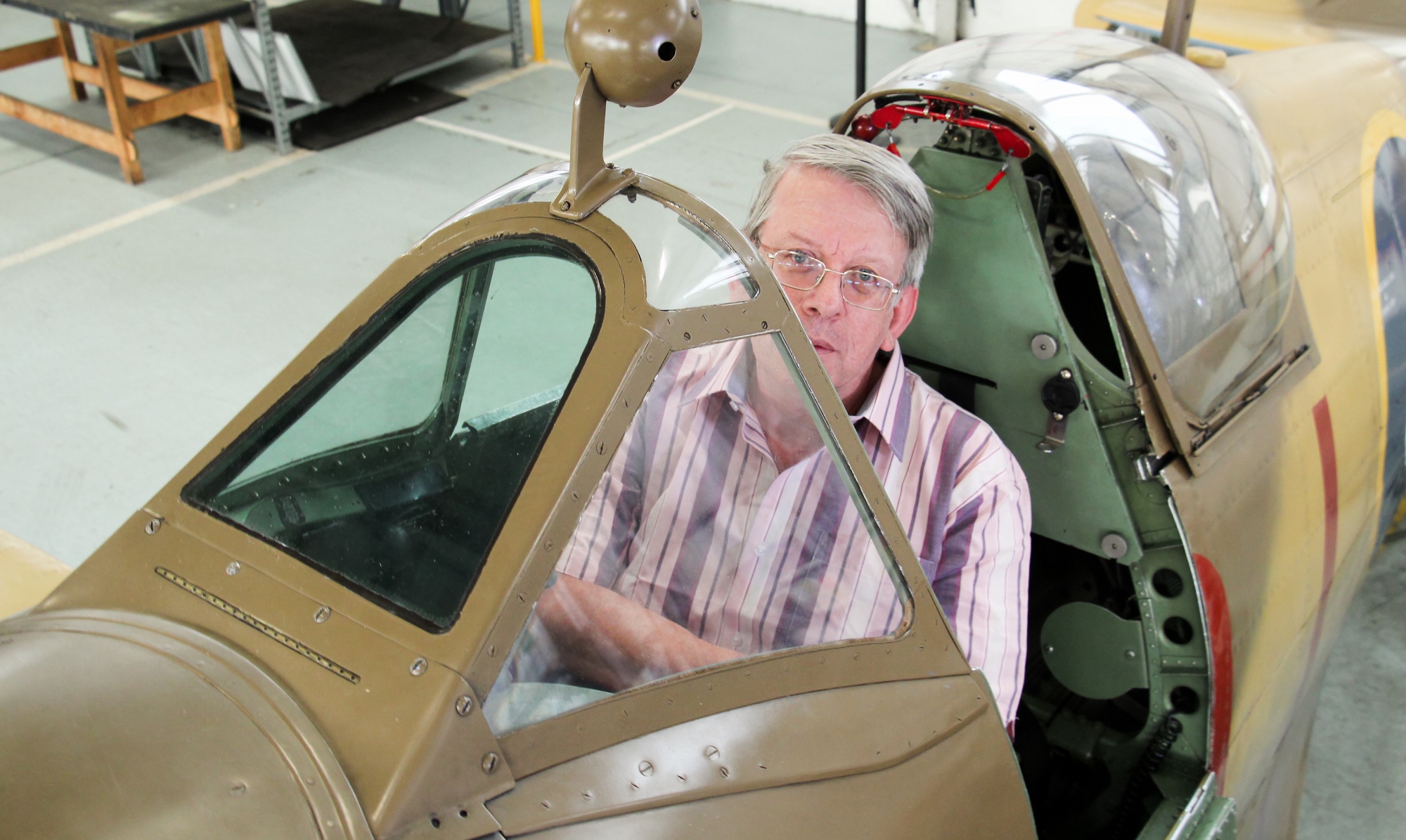 The RAF Memorial Flight Official Club ballot prize for June was a ‘money cannot buy it’ opportunity of a Spitfire cockpit experience at the BBMF’s home at RAF Coningsby, the first time that we have been able to offer this as a prize since 2018. The lucky winner of this unique experience was long-standing Club member John Hulance from Bedfordshire.

John visited the BBMF hangar on Monday 15th August, bringing three guests with him to share in the day. They were met by former BBMF fighter pilot and OC BBMF, retired Squadron Leader Clive Rowley, who was their host. Spitfire MK L.F. IXe MK356, which was undergoing some maintenance, was allocated by the BBMF engineers for the group to ‘play with’.

Clive first gave a detailed brief of the MK356’s wartime and subsequent history, pointing out that John would be sitting in the seat occupied on D-Day by Canadian Flying Officer Gordon Ockenden of 443 Squadron RCAF. Then the group was shown around the outside of the Spitfire with a detailed explanation of the engine and airframe, very similar to the briefing that would be given to a pilot new to the BBMF who was going to fly the aircraft for the first time. Then it was time for John to climb into the cockpit where he received a detailed explanation of all the instruments and controls and experienced the tight confines of the Spitfire cockpit, with photos being taken. Finally, Clive led a tour of the other aircraft in the BBMF hangar, with privileged access, telling stories of their exploits and of their current colour schemes.

John brought along his father’s wartime logbooks and photo album; his father having been a Bomber Command Lancaster pilot and captain during the closing stages of the Second World War, allowing Clive to delve into his story and add to his own knowledge, a much-appreciated bonus.