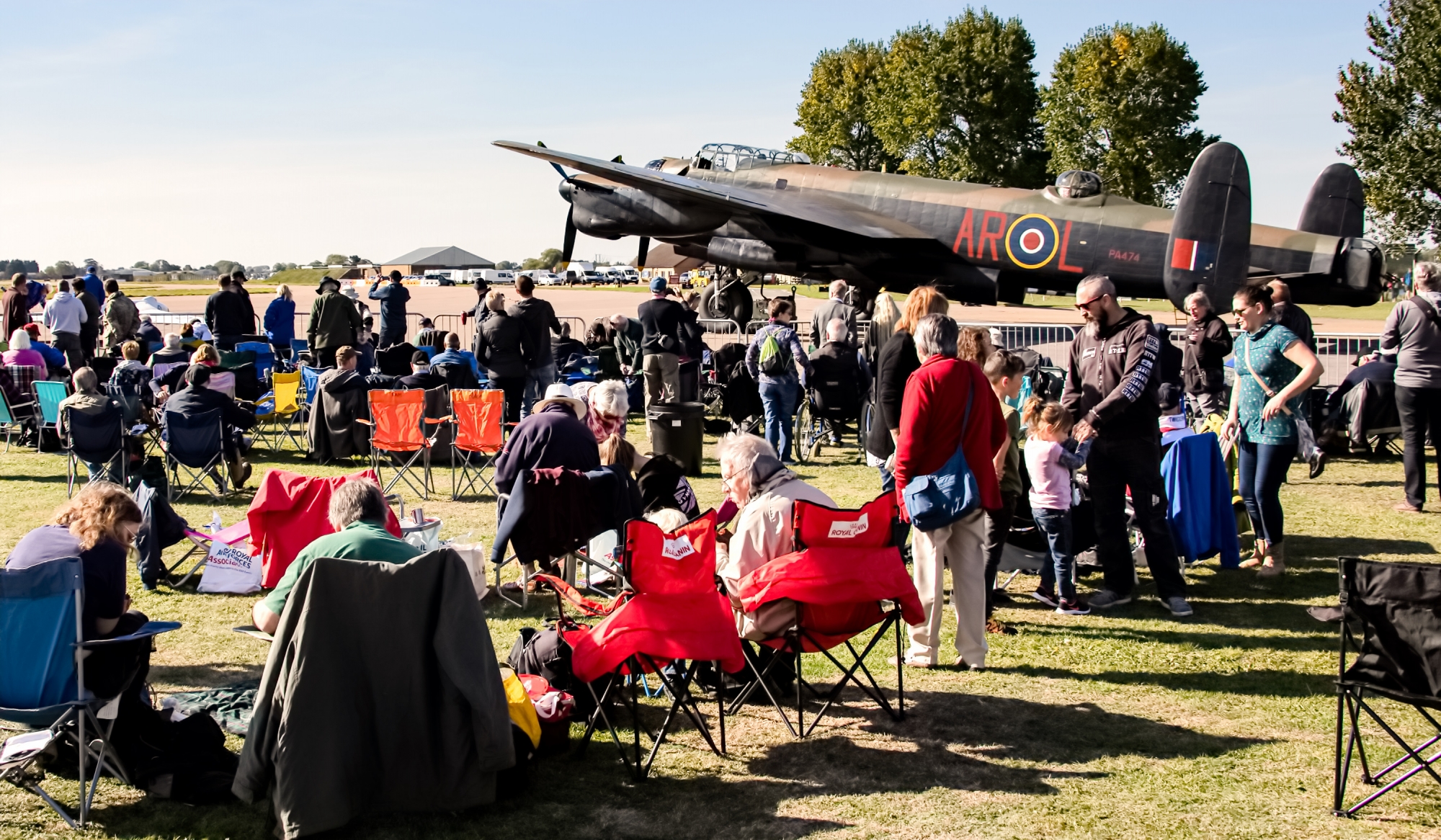 Header Image: The crowd of members and their guests gathering at a previous BBMF Members’ Day at RAF Coningsby. Fingers crossed for weather like this on 25th September. (Photo: Crown Copyright)

Our Members’ Day tickets can be found here: https://www.ticketsource.co.uk/battle-of-britain-memorial-flight-club

Please note: The RAF Memorial Flight Official Club have been allocated 700 tickets which we expect to sell out quickly. Due to the limitation on numbers, the event will be oversubscribed and is therefore offered as a bonus opportunity for members rather than as a guaranteed benefit of membership. We are sorry for any disappointment if you are unable to secure tickets this year.

After the cancellation of the 2020 BBMF Members’ Day due to the COVID pandemic, we are delighted to be able to announce that this year’s Members’ Day is going ahead.

The BBMF Members’ Day, to be held this year on Saturday 25th September, is the latest in a long line of annual events, allowing the BBMF to say thank you to its supporters who are members of the Lincolnshire’s Lancaster Association and the RAF Memorial Flight Official Club.

Traditionally held on the final day of the flying display season, Members’ Day sees the BBMF’s home at RAF Coningsby welcoming a large crowd made up exclusively of Association and Club members and their personal guests.

Weather permitting, the event usually features some large and unusual formations of the BBMF aircraft and special displays, as a way of showing gratitude for the support that the Flight receives. This year will also provide an opportunity to see Lancaster PA474, which has missed much of the 2021 display season due to the completion of its ‘Minor Plus’ maintenance programme at Duxford.

As always, the flying programme is subject to the vagaries of autumn weather. It is also worth remembering that airfields can be cold and windy places, especially at that time of the year, so come prepared.

The Members’ Day is a very special tickets-only event open only to members and not to the general public, with a strictly limited number of tickets available. The RAF Memorial Flight Official Club will be releasing tickets for Members Day on Thursday 12th August and Club members have been sent individual emails with the details and how to apply.

If your membership has lapsed or you are not a member of the Club and you would like to be part of this special day, you can join here or rejoin here before the tickets are released to be in with a chance of getting one.