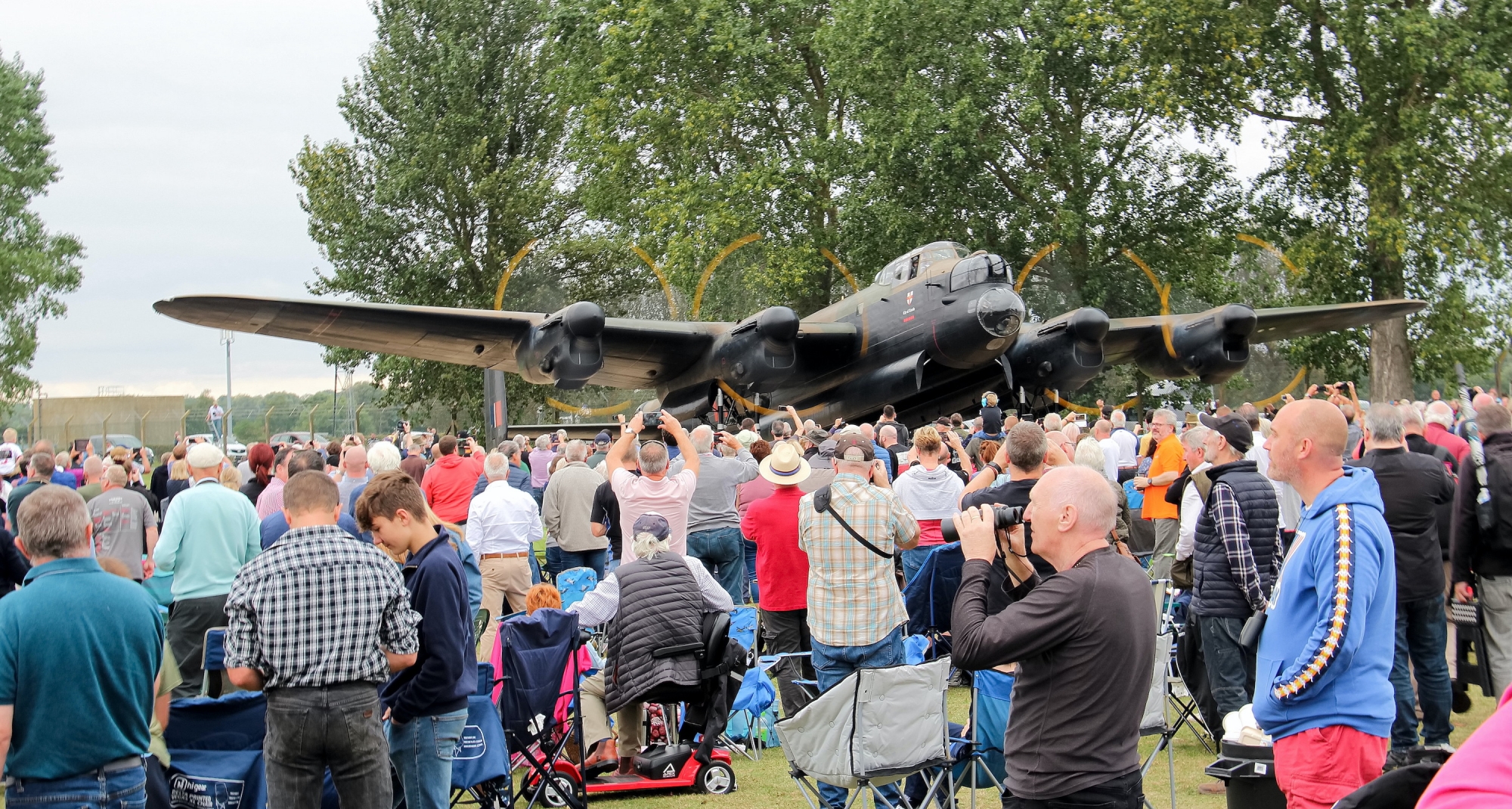 Header image: Some of the 2021 BBMF Members’ Day attendees welcome back the Lancaster after her second flight of the day. (Photo: Clive Rowley)

The BBMF 2021 Members’ Day was held on Saturday 25th September at the Flight’s home at RAF Coningsby, Lincolnshire. Some 2,500 ticket-holding members of the RAF Memorial Flight Official Club and the Lincolnshire’s Lancaster Association were able to attend the event, which is hosted by the BBMF as a thank you to its supporters.

The last planned Members’ Day in 2020 had to be cancelled due to the COVID pandemic, whilst the 2019 Day was a complete wash-out with heavy rain that prevented any flying taking place. It was, therefore, with much relief and great joy that circumstances allowed the event to take place this year and that the weather also played ball so that the full planned flying programme could be completed, although the rather dark grey cloud cover did make it less than ideal for photography.

The Members’ Day events have traditionally seen some special large BBMF formations and this year was no exception. A seven-aircraft formation, led by the outgoing OC BBMF, Squadron Leader Mark ‘Disco’ Discombe AFC in his favourite Spitfire, IIa P7350, included the C-47 Dakota ZA947, Lancaster PA474, Hurricane Mk II LF363 and three more Spitfires: Mk Vb AB910, Mk IX MK356 and Mk XVI TE311. The unusual formation was expertly flown and looked and sounded wonderful as it made three passes over the crowd. One comment by Hubb Webb on the BBMF (Official) Facebook page said: “Now that’s what I call a flypast!”

In addition, the members were treated to the classic BBMF three-ship Lancaster, Hurricane and Spitfire display, plus a Dakota and two-Spitfire display in which the Spits flew a tail chase. The show was closed by ‘Disco’ as the outgoing OC BBMF with a solo display in Spitfire IIa P7350.

Inside the BBMF hangar a variety of stalls were displaying and selling aviation and BBMF-related merchandise, and the Official Club team was also present to meet members.

The atmosphere was friendly and happy, with like-minded people sharing a great day out and enjoying their close association with the BBMF. A couple of the comments on the BBMF (Official) Facebook page sum it all up. Official Club member Steve Bentham-Bates posted: “My first time, it won't be my last. Seven historic aircraft flying past multiple times. The members fee of £25 is a bargain! A brilliant day out; thanks to everyone who made it all happen.” Whilst Martin Mullett wrote: “Thank you, it was truly an amazing day. In all the airshows I've been to in my 60 years, I've never been as close to a Spit or Lanc with the engines running as I did on Saturday, totally amazing display too.”

The Club has been notified that next year the ticket allocation for Club members will be increased by 100 to a total of 800 tickets, so for those who were unable to get a ticket this year there is a better chance next year.